Viva String Ensemble perform predominantly as a quartet, however singers, pianists and other instrumentalists often collaborate with them on request. The ensemble was formed by students of the Royal Irish Academy of Music, Andrew Sheeran, Yseult Cooper Stockdale, Cillian O Breachain and Jane Hackett, and each member is experienced in the areas of solo, chamber and orchestral classical music. 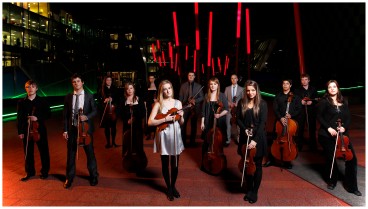 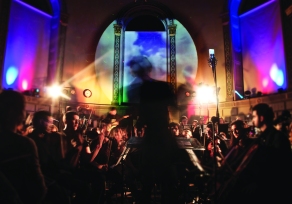 In November 2011 members of Viva played in Carnegie Hall and The Metropolitan Club as part of the RIAM Chamber Orchestra. At home in Ireland Viva’s musicians perform regularly at prestigious venues including The National Concert Hall, Christ Church Cathedral and The Helix. Recently members of the ensemble have performed Daft Punk, Pink Floyd and Queen hits main stage at Electric Picnic and Forbidden Fruit festivals as part of Trinity Orchestra.

Members of the group have also performed alongside several distinguished Irish rock bands including DeLorentoes and Republic of Loose. The ensemble musicians also feature on the albums of Luke Slott, The Riptide Movement and The Aluskas.

With a repertoire ranging from Michael Jackson to the Pixies and Bach to Vivaldi,  Viva String Ensemble is available to play at weddings, receptions and corporate events throughout Ireland.